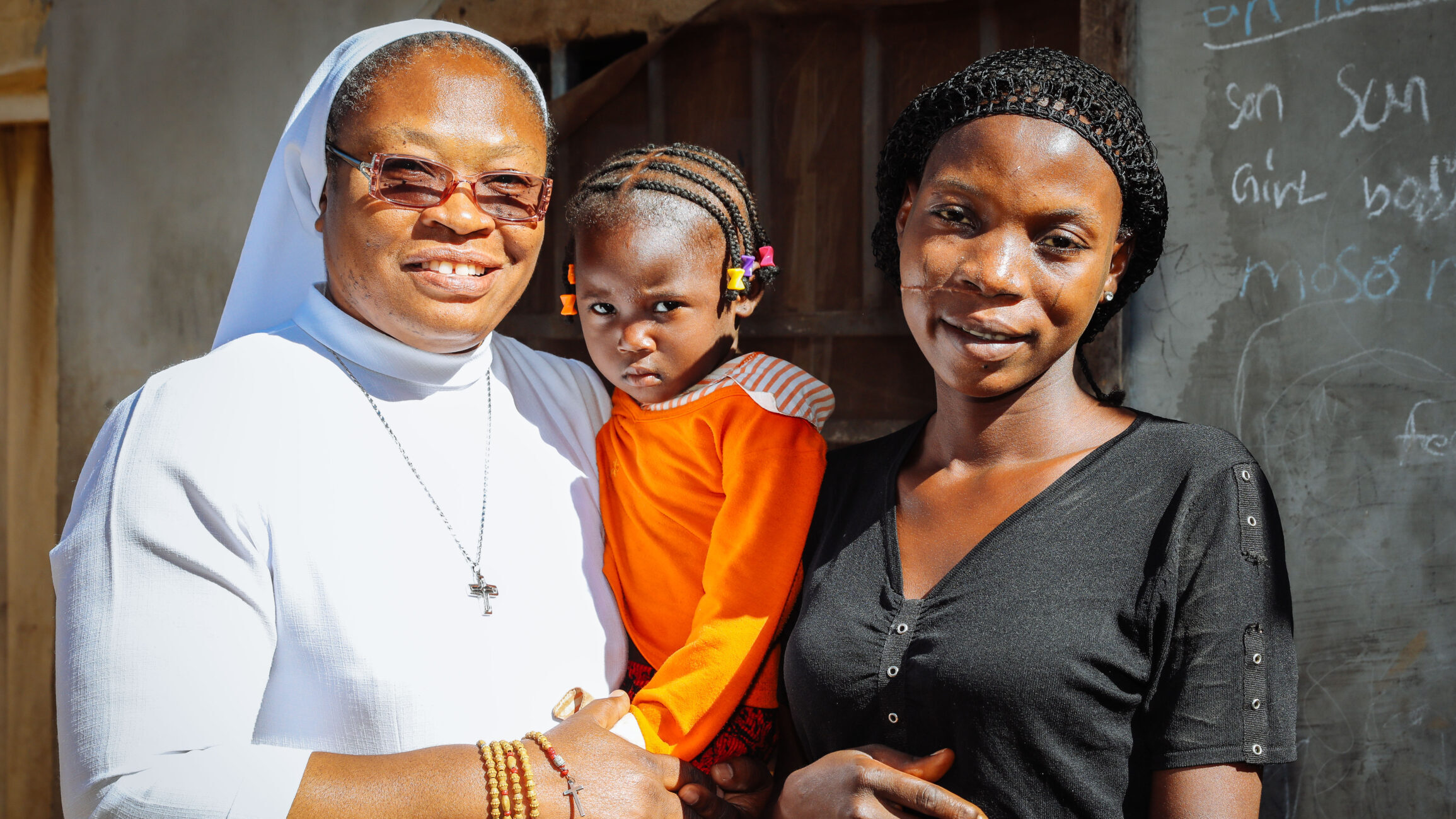 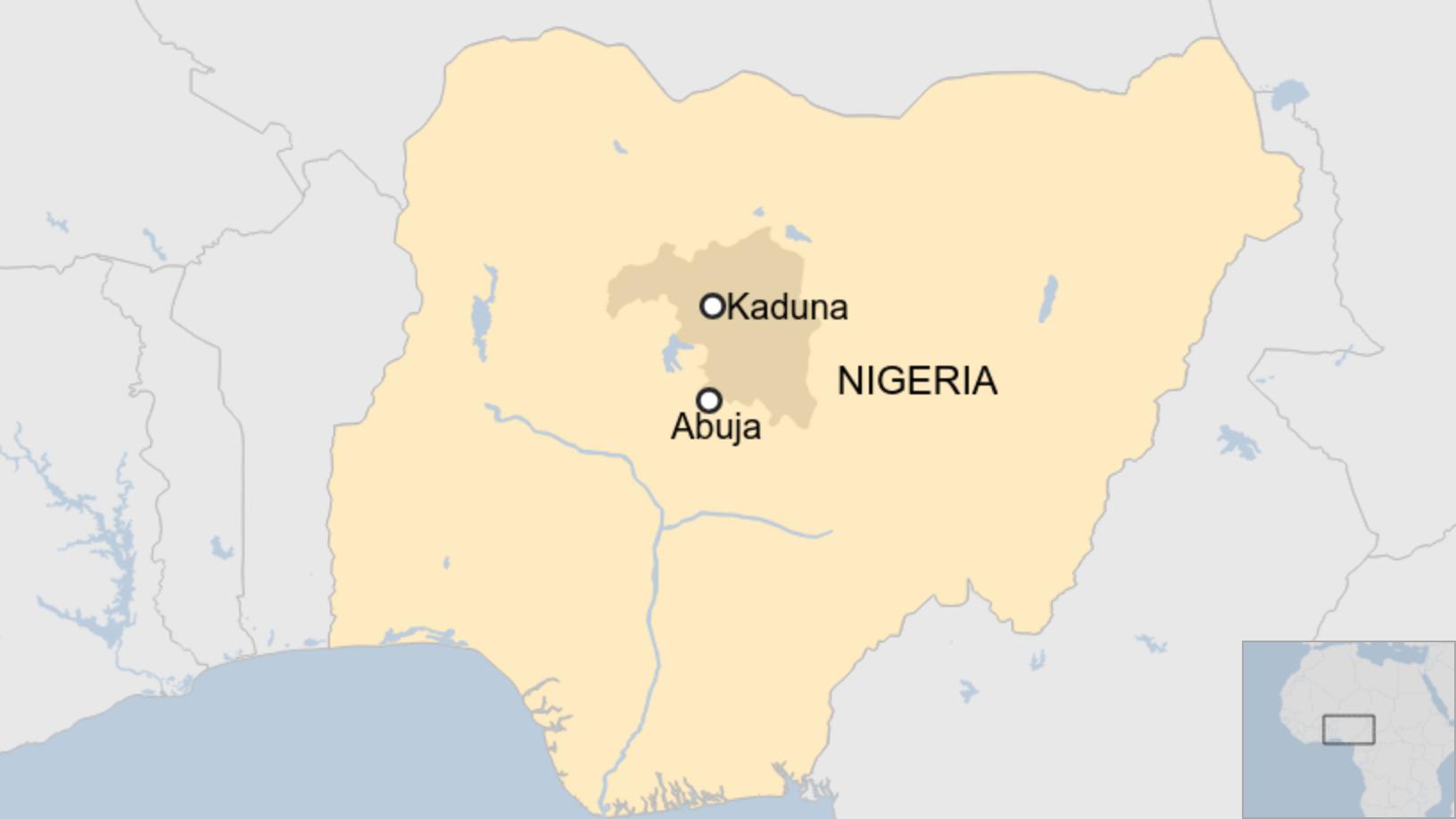 Nigeria is a nation of born survivors, and one of the most diverse countries in the world. Nowhere else on the planet do so many Christians and Muslims live side-by-side.  Although being one of the largest oil producers in Africa, most Nigerians live in abject poverty. Unemployment is high, kidnapping and attacks are increasing; all while religious extremists spread terror.

Centuries of inter-religious conflict means that violence is a fact of life for many. Historically, much of the violence originated from clashes between Christian farmers and Muslim herders. Tensions between the farmers and herders have existed for decades. However, according to reports, in more recent times, Boko Haram extremists may be responsible for most of the bloodshed. All these injustices have caused deep cracks when it comes to communities of different faiths trying to coexist. Mistrust, hatred, and blame are born from the hardship. But resistance is stirring. Many Christians and Muslims no longer want to be pitted against each other. Instead, they are choosing

Time to count on what unities us 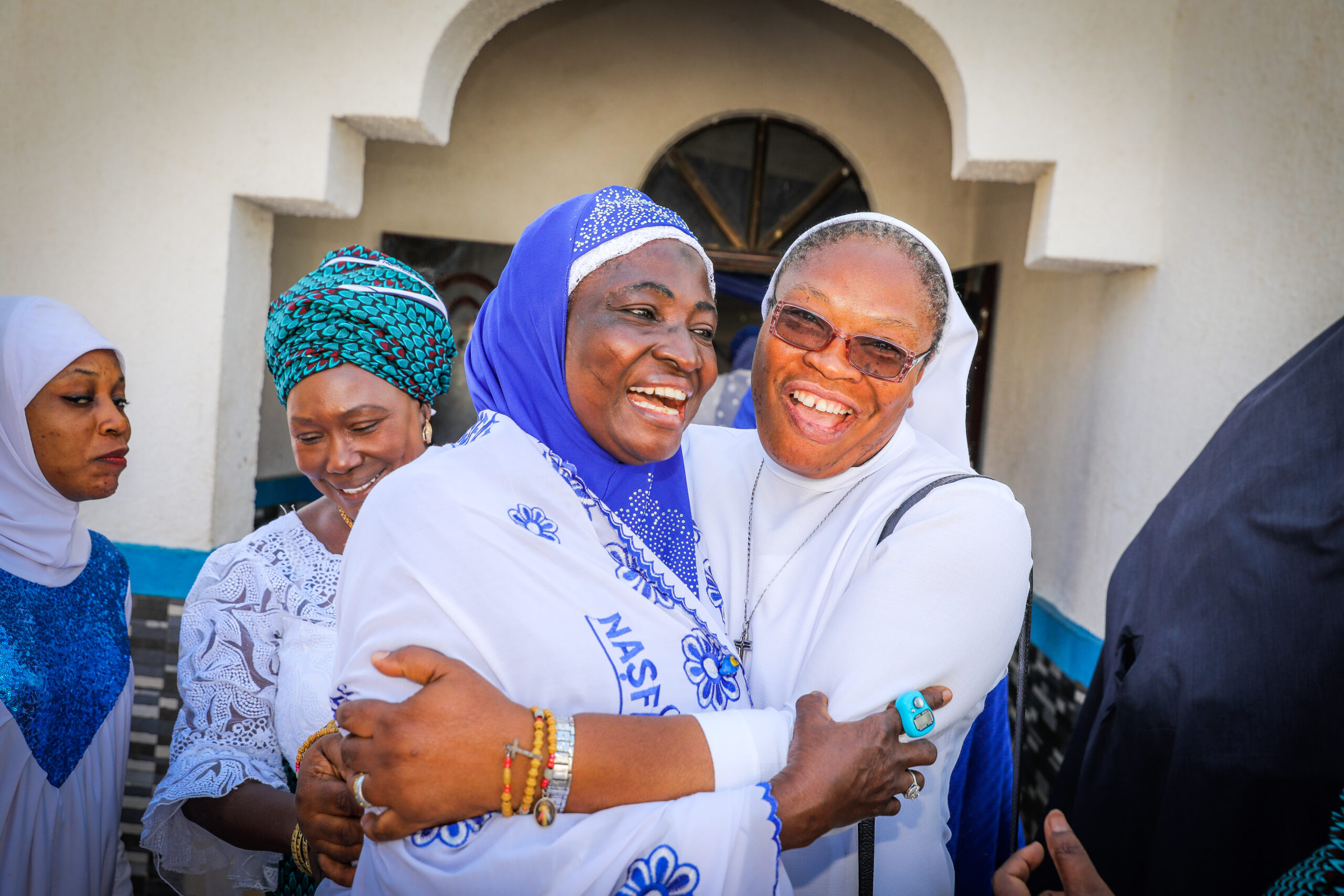 To break the vicious cycles of inter-religious intolerance, the missionary sisters of Our Lady of the Apostles (the OLA sisters) founded the Women’s Interfaith Council (WIC). Since its formation, it has brought over 11,500 Christian and Muslim women together with a vision of a society where both faiths can live in peace.

It was founded in one of the country’s most volatile states, Kaduna, in Nigeria’s Muslim north. Where, since the 1980s, over 20,000 people have died because of religious conflict. Before its formation reconciliation talks between Christians and Muslims were taking place. However, they were male dominated. The belief of the WIC is that if coexistence among different faiths is to be achieved, both women and men need to be involved. ‘Women have a lot to contribute to peace building,’ says OLA sister, Sr Veronica, Women’s Interfaith Council Executive Director, ‘In African culture women are pushed behind. Most of the time, women are neglected. Society sees them only as the victim.’

Sister Veronica, herself a Nigerian, has been leading the WIC since 2019. When asked about her views on the violence in her homeland, she said ‘religion has been manipulated over the years by leaders who choose to use their extreme views to justify their political and economic gains, while also creating division…it is time to count on what unites us, rather than what divides us.’ 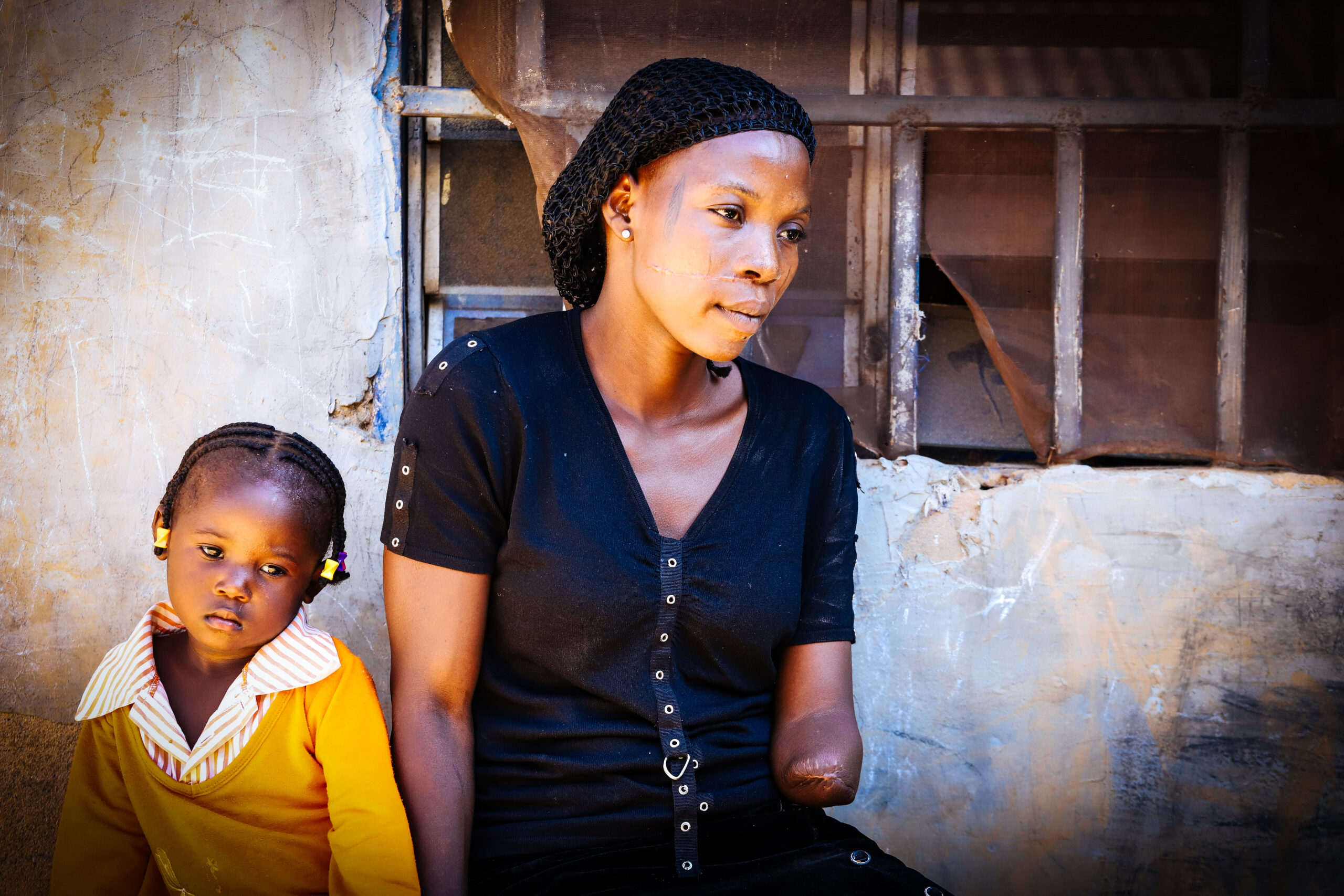 One woman who has been horrifically affected by this bleak reality is 23 year-old Rahila. In the early hours of March 2019 her whole life fell apart. She woke to shouts and screams. Attackers were coming towards her village – over 300 men carrying sticks, machetes, and guns. It’s suspected that the attackers may have been neighbouring herdsmen.

She grabbed her daughter Peace, but her young son had run in pure terror. She followed him, trying to catch him. But as he weaved his way through the villagers, she lost him. Then she remembers hearing gun shots. She didn’t know it at the time, but her son was dead. The moments that ensued were blind chaos. The attackers swung out against anyone in their path – men, women, children. It was then that a flash of pain sent her crashing to the ground, so strong that she passed out. When she woke, she was lying in a pool of blood. That flash of pain had been a machete cutting through her arm.

Rahila now lives every day with the debilitating reminder of that gruesome morning – she lost the lower part of her arm. Most painfully she lost her son, her mother, and her mother-in-law. All murdered. Her little daughter Peace was so traumatised by the events that she lost her laughter. 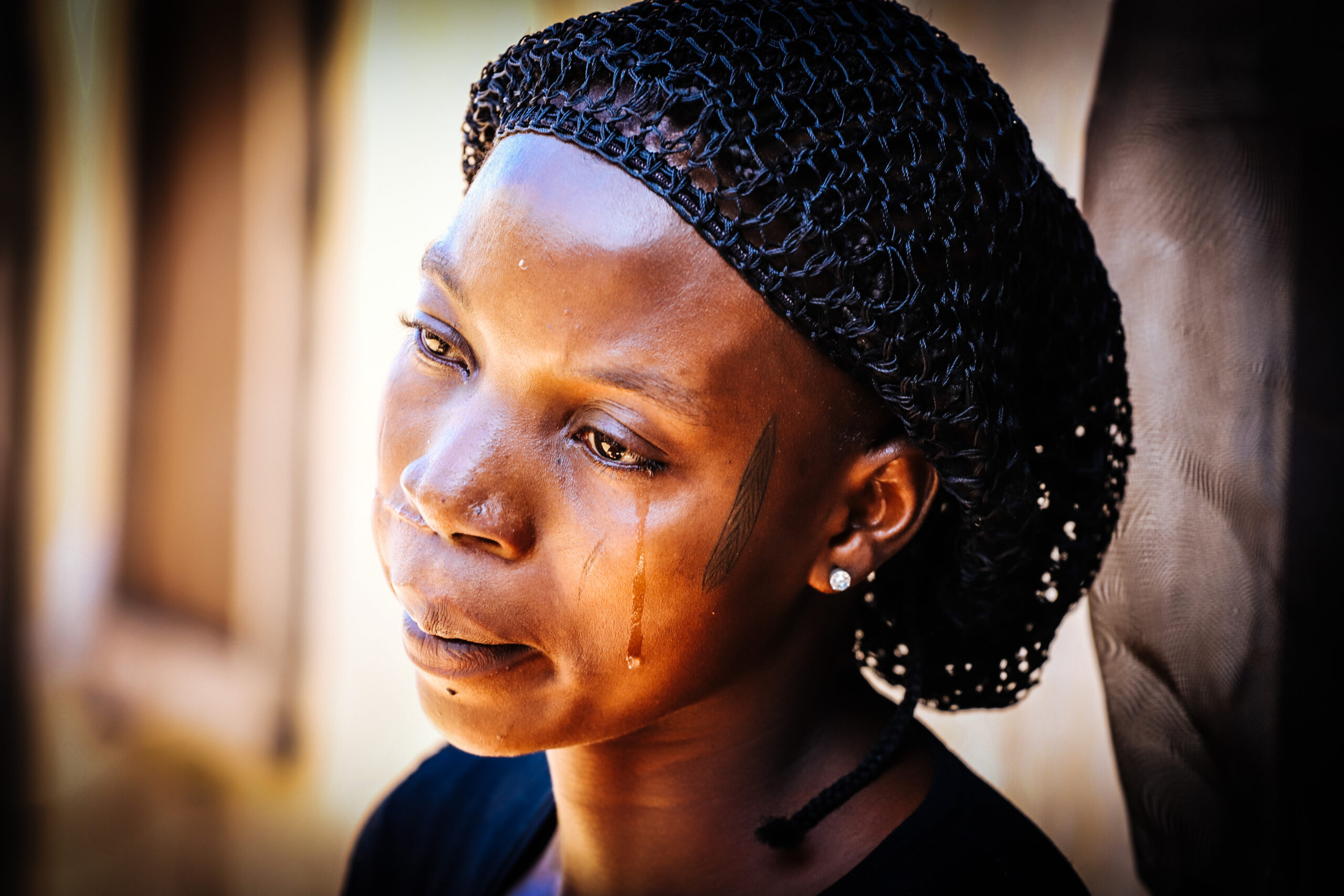 In her darkest hour, Rahila turned to Sister Veronica and the WIC. Beyond their work towards peace, the WIC offers victims of inter-religious violence the practical and psychological support they need to recover. Over several months Sister Veronica worked closely with Rahilia; organising safe shelter, counselling, and physiotherapy. With encouragement Rahila has found the strength to move forward, setting up a stall to earn a small income. Today, her daughter Peace attends school. Here she learns and plays with other children. Her laughter has returned, filling Rahila with hope for the future.

Still unable to fully understand that day, Rahila reflects, ‘When I remember, I find it very difficult to breathe…but when thinking about those who killed my son, if they are still alive, I pray for them.’ Just as Jesus did, she believes the only way she will heal is through forgiveness.

This forgiveness is an integral part of what the WIC and Sr Veronica are working towards. They’ve identified the powerful contribution women are making towards peace. Despite the atrocities they’ve suffered, mothers like Rahila are choosing to nurture forgiveness in their children, which hopefully will raise more tolerant future generations. In the words of Sister Veronica, ‘when you train a woman, you train a nation.’

Sr Veronica is just one example of the thousands of missionaries who are living and working with some of the most marginalised and vulnerable communities in the world. Your generosity and prayers for World Mission Sunday means that missionaries like her, and organisations like the Women’s Interfaith Council, can keep loving, serving, and sharing God’s peace with others.